As the weather looked half decent for a change I decided to book a day off work and check a few sites out around Poole with the ultimate aim of trying to get some photos of Siberian Chiffchaff at Swineham. The first spot where I saw a stunning Sibe Chiff a couple of weeks ago yielded nothing unfortunately as the light here was excellent. I carried on to where the second of three birds had been seen previously and could hear some Long-tailed Tits so was optimistic they may be carrying the Chiffs. Sure enough a collybita called so I quickly blasted out the Sibe Chiff song and immediately a bird starting singing back - I'd never heard them singing before so was very happy. The collybita and tristis showed quite well together but never really posed for the camera. This was the best I could manage of this bird: 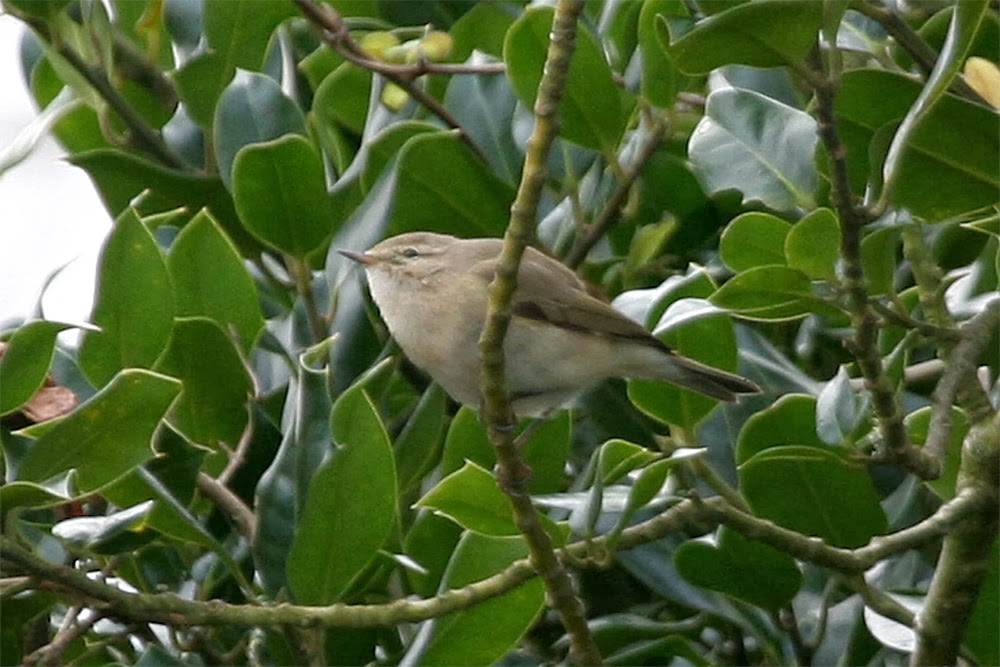 I moved further along to the NE corner of the pit and saw something moving in the gorse there. On playing the recording not one, but two Sibe Chiffs popped out and then amazingly a third. I spent quite a while trying to get some decent photos but the light had now deteriorated and my old camera just wasn't up to the job of focusing quick enough. Nonetheless, perseverance paid off and I got some shots I was quite happy with. They really are chameleon birds and depending on the light, angle of observation and even surrounding foliage the appearance of their plumage tones changes quite dramatically. 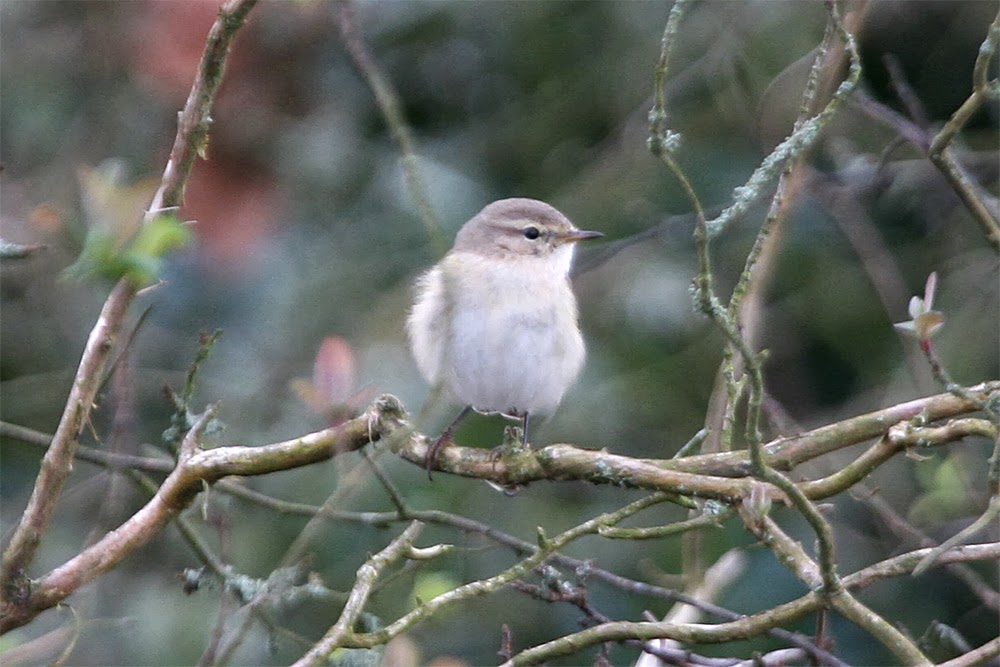 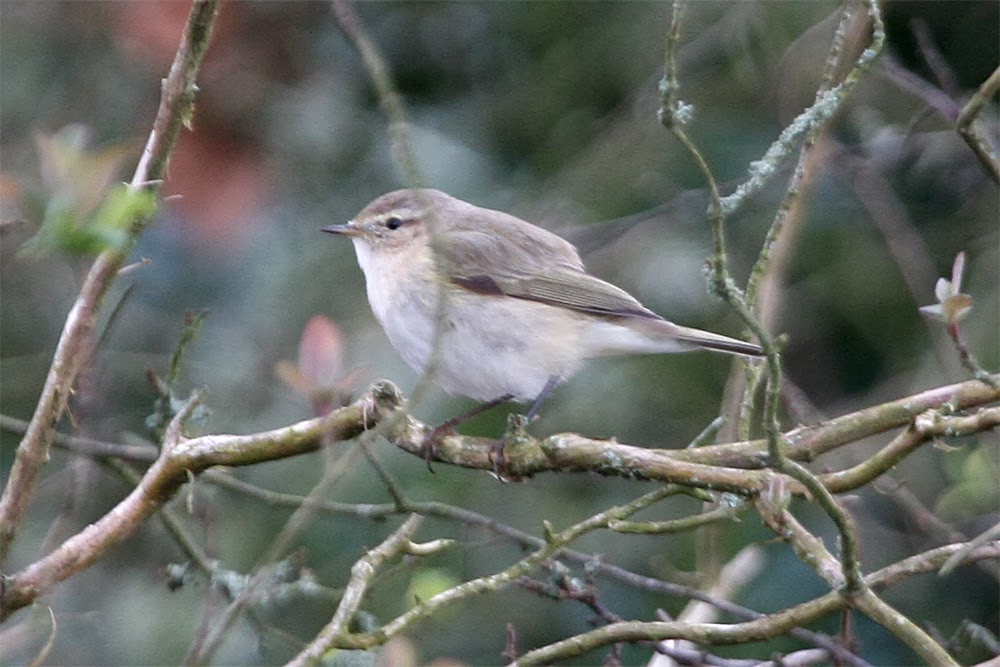 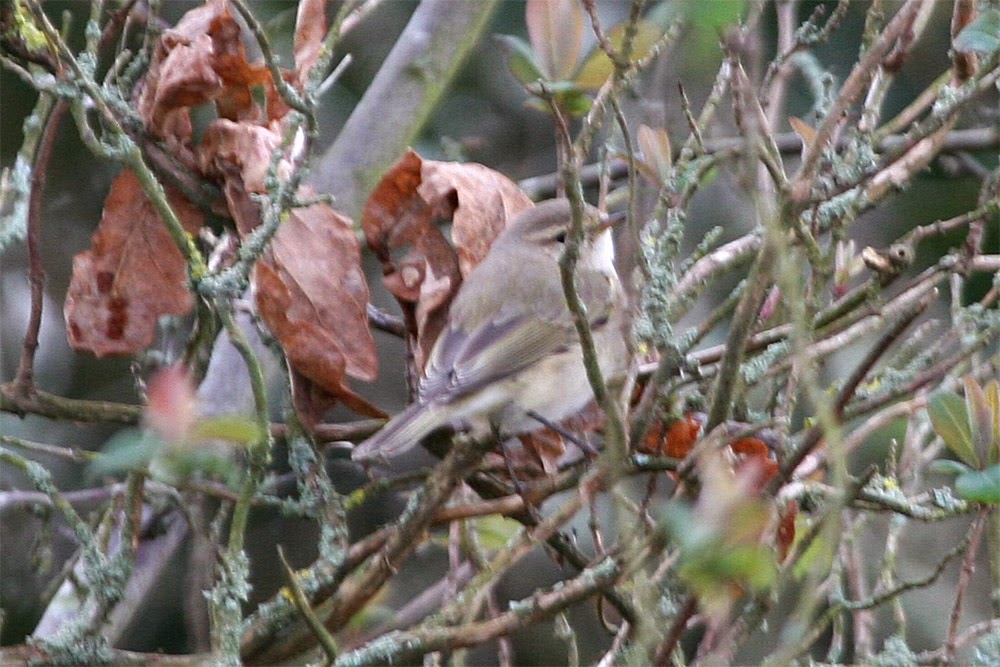 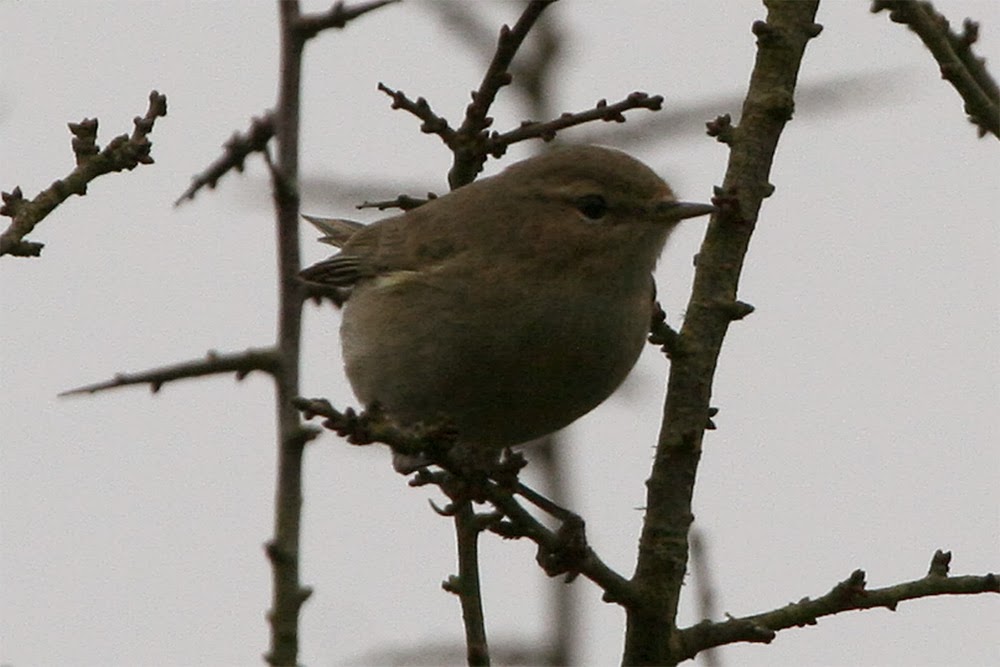 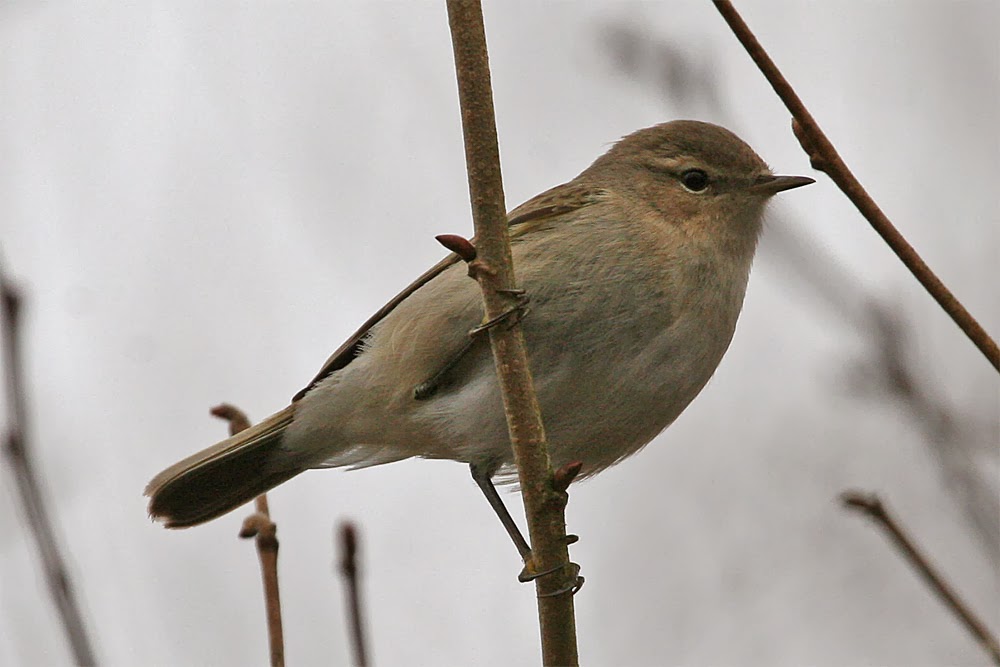 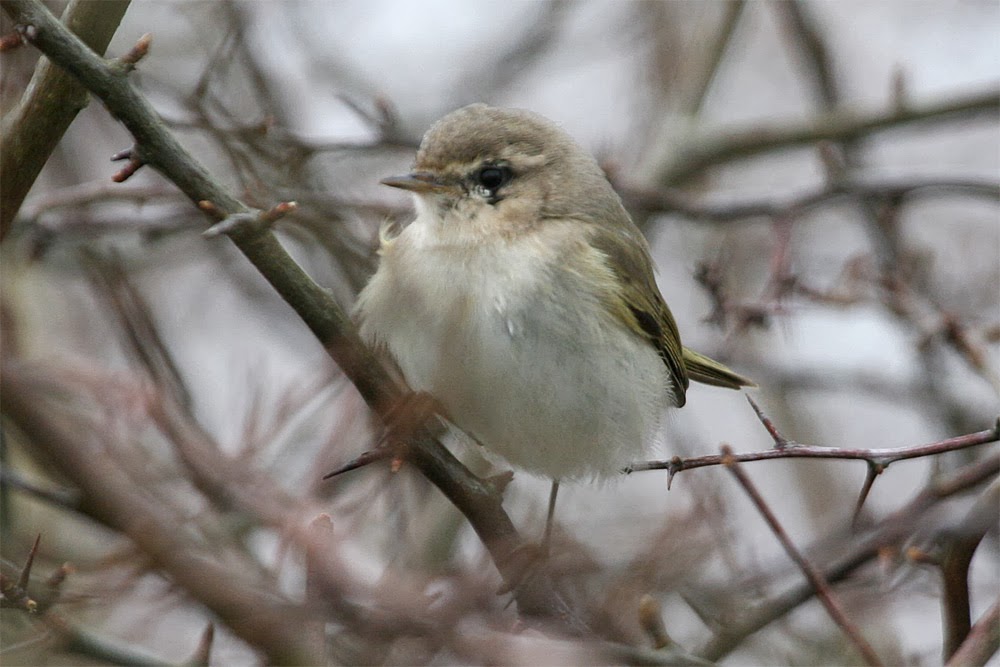 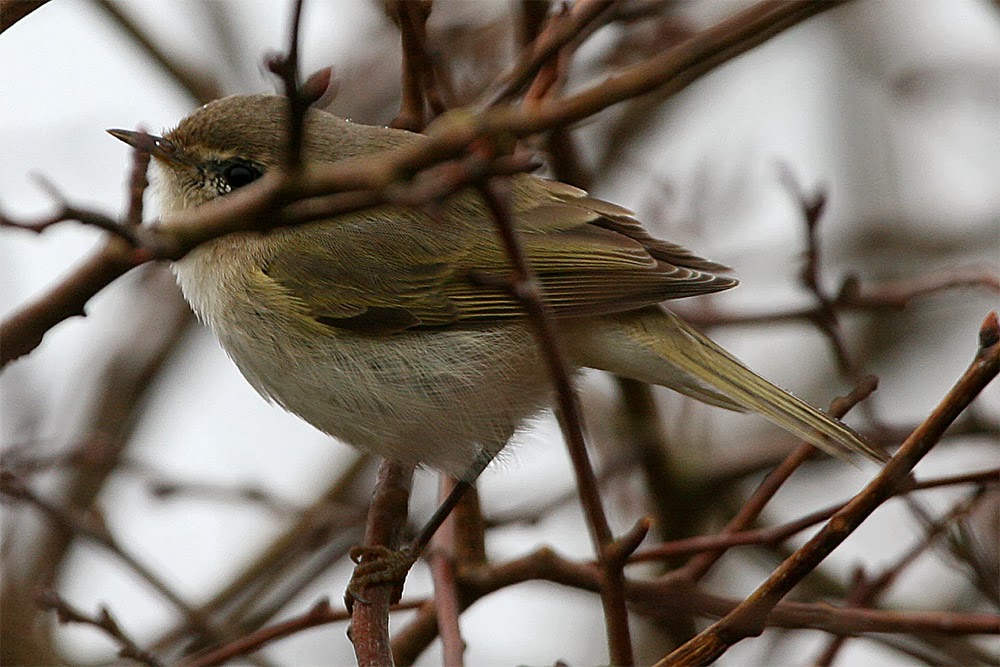 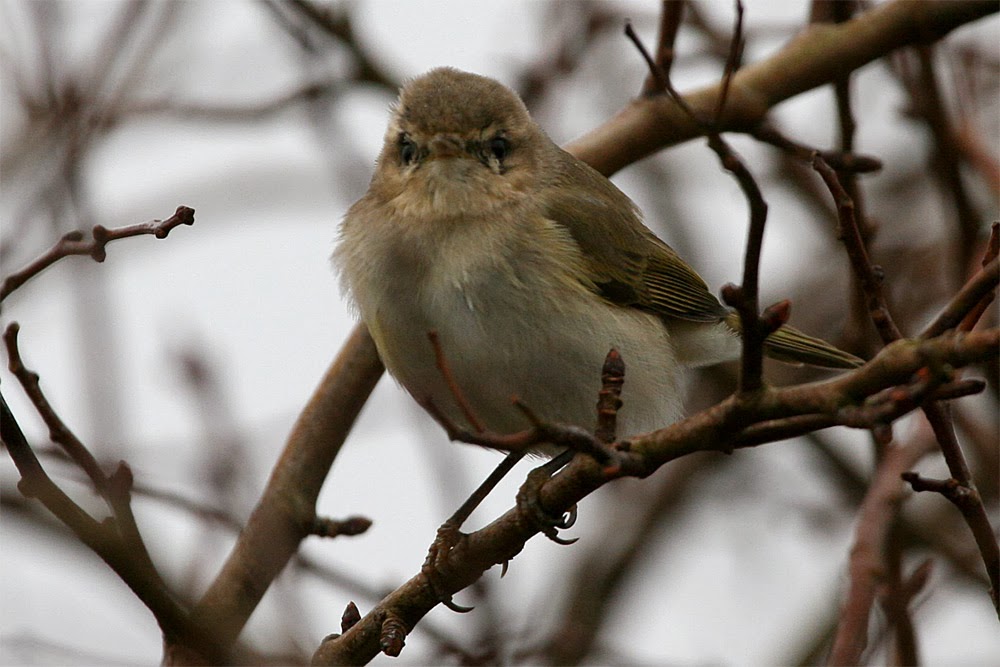 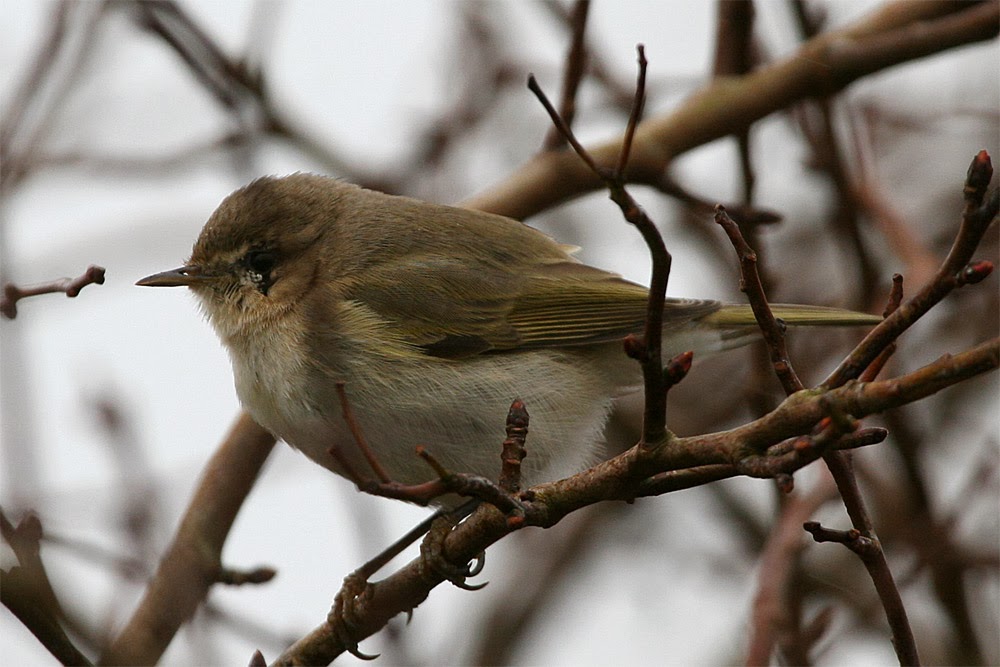 This last bird looks just like "patch" who featured in the excellent Catching the Bug book by the Sound Approach.

Other highlights at Swineham were an adult male Hen Harrier, 8 or 9 Marsh Harrier and a Jack Snipe. I had hoped for a white-winger but this was found via video-cam at the other end of the harbour on Brownsea. The saturating light drizzle, which then set in, put paid to the viewing of the gathering gulls off the point.
Posted by Marcus Lawson at 23:04